The essence of varicose vein treatment is to destroy the affected veins in the superficial system whilst maintaining perfect function of the veins within the deep venous system of the leg.

Clot formation and resulting obstruction of the deep venous system is known as a deep vein thrombosis (DVT). This used to occur in 1% (1 in 100) cases of open surgical treatment for varicose veins but luckily only occurs in 0.4% (4 in 1000) cases of endo-venous varicose vein treatments.

rarelyThis complication is best avoided by encouraging early mobility which is why I encourage full normal activity following treatment. All of the post procedure instructions are aimed at enhancing flow within the deep veins by regular walking and a return to full normal activity as soon as possible.

The following are risk factors for developing a DVT: High BMI, smoking, previous diagnosis of DVT, hormone replacement therapy, chemotherapy, or the oral contraceptive pill. In such cases I recommend a course of low molecular weight heparin subcutaneous injections for seven days following the procedure.

DVT causes marked swelling of the whole leg and difficulty with normal walking.

It is treated with blood thinners (full anticoagulation) for a period of three months over which time recanalisation of the thrombosed deep vein occurs with resolution of symptoms in the vast majority of cases. More serious sequelae (such as pulmonary embolus) from deep vein thrombosis following non-invasive treatment of varicose veins have been only very rarely described in the literature.

Other rare complications of foam sclerotherapy:

During foam sclerotherapy a relatively large amount of endothelium is destroyed very quickly. During this endothelial destruction certain complex biological byproducts have been observed entering the circulation. These biological products are closely related to the naturally circulating chemicals found in various parts of central nervous system.

This likely explains the following very rare transitory changes which have been reported during or immediately following treatment:

Whilst these symptoms may sound alarming they are effects that have been described in the literature rather than effects I have seen. No long lasting neurological damage has ever been described.

A true allergic response to the sclerosant has been described as a rare event in the literature but it is not at all common. Major body wide (anaphylactic) reactions have only rarely been described as case reports following sclerotherapy.

Will I need to take time off work?
Will I experience any side effects after treatment? 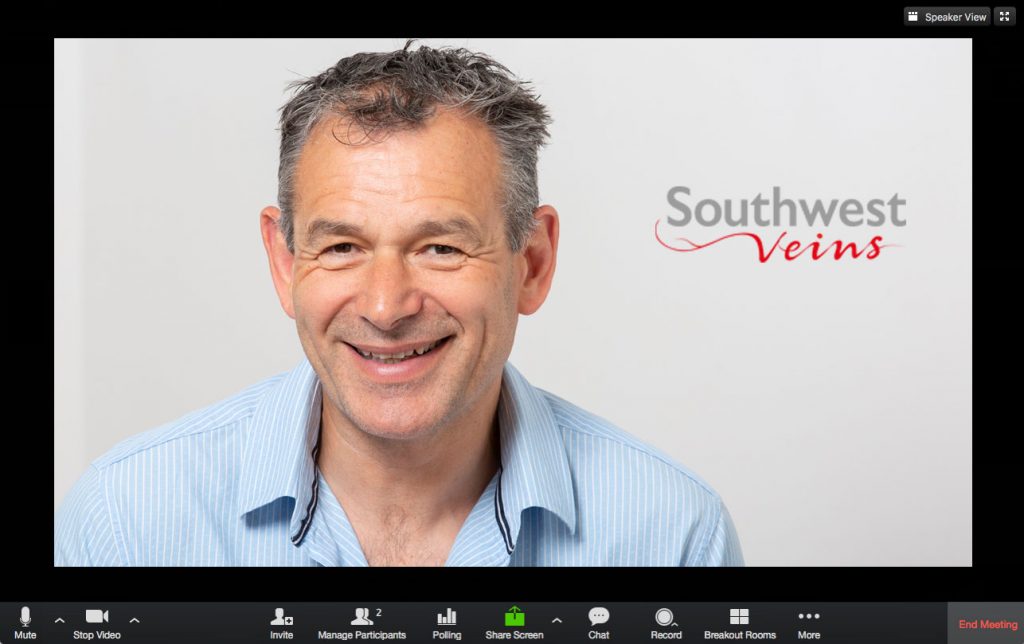 I am now booking FREE initial consultations via video which are proving highly effective. This enables us to meet, virtually, face to face and for me to diagnose your condition and answer any specific questions.

Any cookies that may not be particularly necessary for the website to function and is used specifically to collect user personal data via analytics, ads, other embedded contents are termed as non-necessary cookies. It is mandatory to procure user consent prior to running these cookies on your website.